﻿﻿"If students are not learning the way you teach, you have to adjust and teach the way they learn."﻿﻿

A plot diagram or plot chart is a graphic organizer that is used to organize a story into segments: beginning, middle and end. There are five (5) parts on a plot chart that helps writers develop an EPIC story: engaging, powerful, informative and creative..fiction or literary nonfiction. 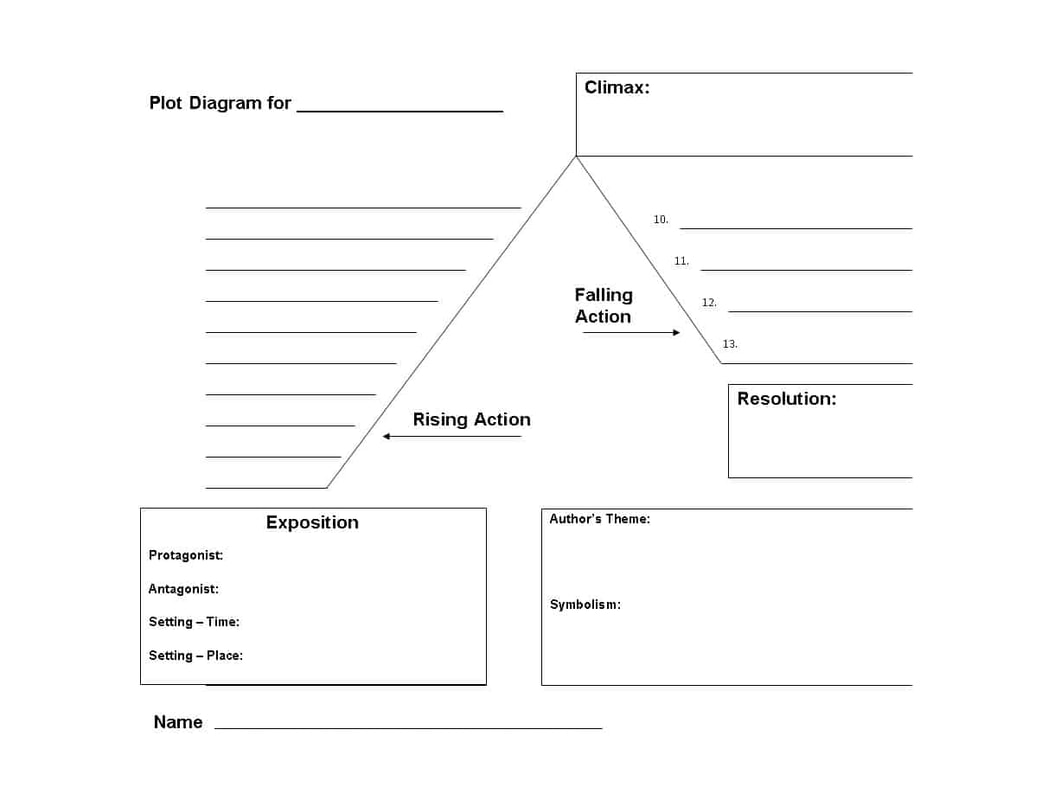 Exposition: This is where characters and setting is introduced; the beginning of the story. In horror movies, the exposition usually shows nice, tree-lined neighborhoods with lots of leaves and friendly neighbors, or with friends on Spring Break or summer vacation. All of the characters are happy and adventurous.

Rising Action: This is the part where the story gets interesting (if it's a good story). It's where the conflict in a story in presented. In the holiday film, "A Christmas Carol," Ebenezer Scrooge meets his former business partner, Marley's ghost, who warns him that he will have to someday reconcile his crude behavior, and Scrooge's ghosts of Christmas past and present visit him.

There are two (2) types of conflict:

The conflict in A Christmas Carol happens in the rising action when it is discovered why Scrooge is bitter and indifferent toward the Christmas holiday. (This is internal conflict: man v. self.)

Climax: This is the turning point or the most exciting part of the story. (Hint: this is where a vignette would be inserted.) In the film, "Fences," the climax happens when Cory stands up to his father, Troy. Up to that point, he was obedient and did whatever he was told, even if he didn't agree.

Falling Action: When the story is starting to near its end; conflicts are beginning to be resolved/solved. In the epic, crime drama tragedy, The Godfather, the falling action occurs in Book 8 when Michael makes the Corleones the dominant Mafia family, but suffers the guilt that comes with his actions.

Denouement (or Resolution): This is the end of the story where the outcome of conflict is finally revealed. In Sandra Cisneros's book, The House on Mango Street, Esperanza accepted her life on Mango Street, but continues to write with hopes of being independent.
Example
This plot chart is used with permission from Deb Hanson and retrieved from Pinterest. 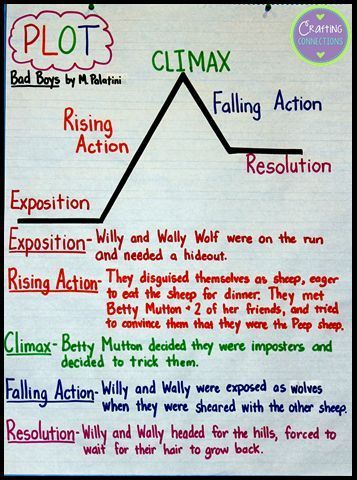